16/5/2021 Post update, an article from South Florida: Real estate Q&A: Is there an obligation to tell prospective buyers about a nearby cell phone tower?

Question: We bought a condo last year and recently discovered that a shopping plaza that borders our neighborhood has a large cellphone tower disguised as a clock tower. Is the seller or real estate agent obligated to disclose information about cell phone towers within a certain radius to the buyer when purchasing?

Answer: Transmissions from nearby high voltage power lines and cell towers are concerning to many people and reduce property values.

Read the article at https://tinyurl.com/4futz292

A government draft policy, if passed, will allow mobile networks to build 5G electronic communication infrastructure on your property without compensation.

Usually a home is one, if not the biggest investment people will make in their lifetime. It is so important to protect this investment very carefully. Who would want to live right next to a cell phone tower or under one? And imagine what it’s like for people who purchase or build their dream home, only to later have an unwanted cell tower installed in their neigbourhood? Or worse, next door?

Mike Abrahamse, from Rawson properties: “while it was hard to pinpoint the impact of cell towers had on property values, a buyer would rather buy a property where no such structure is visible, and while the jury might still be out on whether cell tower radiation was a health threat, the perception that it might be, was, in itself, enough to deter buyers.” Table Talk August 2017 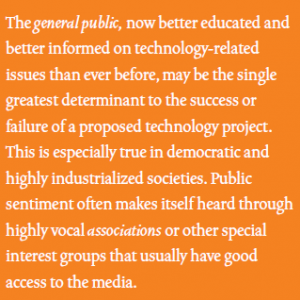 A study on “The impact of cell phone towers on house prices: evidence from Brisbane, Australia”

The growing public pressure against the spread of cell phone towers in urban areas has created a need to understand their impact on adjacent house prices. A few existing studies are, however, controversial in their methodology and inconclusive in their results. Therefore, our study on the effect of cell phone towers on house prices is designed to avoid these deficiencies. Property transaction data collected from two suburbs within the Brisbane City Council were analysed adopting the spatial hedonic property valuation model. The estimated models were statistically significant and were largely in line with theoretical expectations. The results revealed that proximity to cell phone towers negatively affects house values, decreasing as the distance from the tower increases. A suitable compensation programme for nearby property owners is, therefore, suggested as being an appropriate policy response.  https://link.springer.com/article/10.1007/s10018-017-0190-9

-A survey conducted in June 2014 by the National Institute for Science, Law and Public Policy (NISLAPP) in Washington, D.C., “Neighborhood Cell Towers & Antennas—Do They Impact a Property’s Desirability?”, shows home buyers and renters are less interested in properties located near cell towers and antennas, as well as in properties where a cell tower or group of antennas are placed on top of or attached to a building.

-94% said a nearby cell tower or group of antennas would negatively impact interest in a property or the price they would be willing to pay for it.

-79% said under no circumstances would they ever purchase or rent a property within a few blocks of a cell tower or antennas.

-88% said that under no circumstances would they ever purchase or rent a property with a cell tower or group of antennas on top of, or attached to, the apartment building.

-89% said they were generally concerned about the increasing number of cell towers and antennas in their residential neighborhood.

Concern was expressed in the comments section by respondents about potential property valuation declines near antennas and cell towers. While the NISLAPP survey did not evaluate property price declines, a study on this subject by Sandy Bond, PhD of the New Zealand Property Institute, and Past President of the Pacific Rim Real Estate Society (PRRES), “The Impact of Cell Phone Towers on House Prices in Residential Neighborhoods”, was published in The Appraisal Journal of the Appraisal Institute in 2006. The Appraisal Institute is the largest global professional organization for appraisers with 91 chapters. The study indicated that home buyers would pay from 10%–19% less to over 20% less for a property if it were in close proximity to a cell phone base station. The ‘opinion’ survey results were then confirmed by a market sales analysis. The results of the sales analysis showed prices of properties were reduced by around 21% after a cell phone base station was built in the neighborhood.

“The NISLAPP survey suggests there is now a high level of awareness about potential risks from cell towers and antennas. In addition, the survey indicates respondents believe they have personally experienced cognitive (57%) or physical (63%) effects from radiofrequency radiation from towers, antennas or other radiating devices, such as cell phones, routers, smart meters and other consumer electronics. Almost 90% are concerned about the increasing number of cell towers and antennas generally.”

The disclosure duties of an estate agent: “As a realtor, I must disclose to potential buyers where there are any cell towers nearby. ” The California Association of Realtors maintains that ‘sellers and licensees must disclose material facts that affect the value or desirability of the property,’ including ‘known conditions outside of and surrounding’ it. This includes ‘nuisances’ and zoning changes that allow for commercial uses.” https://sites.google.com/site/nocelltowerinourneighborhood/home/decreased-real-estate-value

Estate agents are regulated by a strict code of conduct. They have an equal duty to both buyer and seller of a property.

That duty includes informing a buyer of any negative aspects to the proposed sale including the proximity of radiation emitting structures and equipment such as high voltage power lines, transformer stations, cell phone antennae and cell phone base stations. 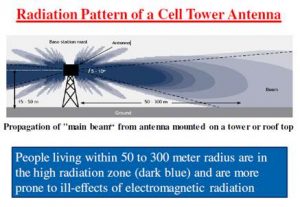 Therefore it is reasonable to suggest that public perception dictates that values of properties of a similar size and type within 300 m of a cell phone tower will be lower than those outside of that radius [this is confirmed in the above documents and references below from international sources in which it appears to be a graduated scale of devaluation determined mainly by distance.]

The National Buildings Act gives the owner of a property the right to not have his/her property devalued by the acts or omissions of others. This is confirmed in a judgement by Judge Yekiso in 2006 in which he interprets the ACT as follows –

Therefore if the City Manager [by way of the Community via the local Municipality] is informed in advance that the surrounding property owners would find a structure “Unsightly” or “Objectionable”or “May derogate from the value of surrounding properties” then the decision is no longer his/hers to make. This especially if supported by professional valuation projections to which this part of the Act applies, the interpretation being supported by the Yekiso Judgement decision AND can be further verified by an assessment by an estate agent working in or familiar with the area concerned.

This brings us back to estate agents’ responsibilities and property values. Internationally it has been determined that properties surrounding cell phone antennae are devalued by between 10-20%. It is therefore reasonable to suggest that in terms of the radiation pattern drawing above that the 10% devaluation should apply in the region of 300 m and the 20% to properties close to or within sight of the tower and these should be the guidelines used by property professionals based on known buyers perceptions / concerns.

Property valuation can only and must only be determined by independent local property professionals who have knowledge of the area concerned, not by government agencies and should be determined by the desirability of a property on a willing seller/willing buyer basis. It is the duty [at the very minimum in the moral sense] of the authorities to compensate any property owner who, based on the estate agents valuation, has been financially disadvantaged by a decision to approve a structure considered to be –

“Unsightly” OR “Objectionable” OR “May derogate from the values of surrounding properties.”

In recent years, legal claims over damage to property value because of EMF and RF emissions have met with some success. Plaintiffs in these lawsuits usually allege that the value of their property has been reduced because of its proximity to devices that emit RF or EMF. The theory behind this argument is that, since the general public believes that exposure to RF or EMF emissions is dangerous, the property is less valuable regardless of whether or not fears over the dangers are founded.

In 2003 seven householders in Swindon in the UK won sums of between £10,000 and £20,000 each from their local council after it mistakenly allowed a mast to be erected in the middle of their residential street, causing their properties to crash in value. https://www.theguardian.com/money/2003/may/25/houseprices.uknews

United States Court of Appeals for the 11th Circuit upheld a denial of a Cell Tower application based upon testimony of residents and a real estate broker, that the Tower would reduce the values of property which were in close proximity to the Tower. http://www.anticelltowerlawyers.com/anti_cell_lawyer_1_018.htm

“We cannot sell our house. No-one will buy it, even with a 40% discount.” Clive Granville. Randpark Ridge, Randburg, Gauteng. Mr Granville’s testimony is available in the link below:

The Constitutional Court has ruled that municipalities are obliged to consider the possibilities that a new development could devalue nearby properties before approving building plans.

Municipalities should not approve building plans which may devalue surrounding properties, ConCourt rules

The poor attempt by cell phone companies to disguise our mobile infrastructure as something natural is almost insulting. Photographer Dillon Marsh documented some of the most egregious examples https://www.fastcompany.com/1681923/12-beautiful-photos-of-ridiculous-cell-phone-towers-disguised-as-trees

b.  Ph.D., Ko-Kang Wang, “The Impact of Cell Phone Towers on House Prices in Residential Neighborhoods,” The Appraisal Journal, Summer 2005