Industries have, since 2003,continually obstructed access to the data and the establishment of a national EMF radiation standard, citing that it would be in conflict with their strategic economic interests. The demonstration of a public interest override (PIO) function is legislatively required to gain access to the required data.
This study constructed (1) a framework and (2) a model to perform test simulations against the (3) PIO criteria to demonstrate a PIO function and tested one PIO simulation scenario. Testing the PIO scenario firstly required the construction of a public interest framework, drawing input from multiple disciplines. The framework literature review used systematic case law and scientific-technical analysis whilst the framework science sought to understand the connections, feedbacks, and trajectories that occur as a result of natural and human system processes and exchanges. The EMF radiation exposure system functions to support human wellbeing needs and to explore the benefits and losses associated with alternative futures with the goal to uncover the current and future limits thereof.
In the second instance a HYGEIA (2) model was selected as a base investigation and forecast simulation tool. The study had to uncover the key attributes and parameters necessary to construct and to run successful EMF radiation exposure simulations. Thereafter the HYGEIA model was modified to specifically identify and evaluate EMF radiation exposure hazard conditions. Through subsequent simulation runs, the constructed framework was then tested. Requested anthroposphere information was synthesized within a systems model to forecast ecosystem services and human-use dynamics under alternative scenarios. The simulation used the model, the model references and the framework for guidelines, thus allowing multiple simulation / demonstration runs for different contexts or scenarios.
The third step was the construction of a PIO checklist which guides criteria testing and provides a means of gaining pertinent information for further studies, based on this dissertation. Framework EMF radiation policy inputs into the model were intersected with identified vulnerable area facilities which were selected based on international criteria. The research output revealed potential EMF radiation violations which served as system feedback inputs in support of a demonstrated PIO function. The research recommends that the identified EMF radiation exposure violations of public health undergo a Promotion of Access to Information Act (PAIA) judicial review process to confirm the research findings. The judicial qualification of a PAIA PIO function of ‘substances released into the environment’ and ‘public safety or environmental risk’ would enable access to EMF radiation emissions data essential to future studies.

2) Hygeia originated from the Hippocratic Oath representing a public health model that focuses on prevention in the context of public interest. Using census block data the HYGEIA model can be used to assess the vulnerability of various demographic groups over time and location and to forecast morbidity and mortality under variable conditions of current and future climate change as well as under conditions that mitigate EMF radiation extremes. 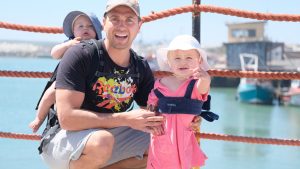