Heathfield residents have notched up a victory in their ongoing fight to stop the rapid increase of cell masts in the southern suburbs.

After three years of petitioning and advocating against the erection of a mast in Fourth Road in Heathfield, residents were relieved when the Supreme Court of Appeal ruled that Telkom could not install cell masts without approval from the City of Cape Town.

In 2016 Telkom installed the cell mast at a house without applying to the City or implementing the proper public participation procedures.

The judgment was delivered on Wednesday September 25 after an appeal lodged by Telkom when the Western Cape High Court ruled in the City’s favour which affirmed the Municipal Planning By-law (MPBL) and the Telecommunications Mast Infrastructure Policy that service providers are constitutionally mandated to apply to the City before erecting cell masts.

Telkom planned to install 135 masts across Cape Town and installed seven without approval from the City.

“All land units within Cape Town’smunicipalboundaries have a base zoning that determines what the land can be used for, and how the land may be developed. This zoning, among others, is indicated in the Development Management Scheme that is included in the Municipal Planning By-law,” she said.

“Telkom argued that the MPBL does not apply to them and that they are free to install cellphone towers wherever they deem fit, irrespective whether the land is zoned for that use or
not.

“I’m pleased that the SCA dismissed this argument and that the judgment concurs with the order from the Western Cape High Court last year that Telkom is bound by the Municipal Planning By-law like all other developers and landowners in Cape Town,” said Ms Nieuwoudt.

Ward 72 councillor Kevin Southgate said residents had taken it upon themselves to drive a petition and engage the City about the legality of the structure.

“After a period of engagement the City decided to take up the matter legally. It took a long time and sometimes it is very difficult but after three years we’ve got a positive outcome; it is illegal.

“Telkom cannot just take it upon themselves to put up these structures. I commend the residents. The next step would be to dismantle the cell mast,” said Mr Southgate.

“This is a victory and shows that when a community stands together we can achieve so much more,” he said.

Resident Peter Gordon said when they initially realised what Telkom’s plans were, they immediately sprang into action before the 12-metre tower could be acti-
vated.

“We parked our cars in front of the house, we called the police
and had the workers cut the wires to ensure the mast was not activated. We did everything we
could to stop this in its tracks. It took two hours to put up the mast and years to get to this point,” he said.

Another resident, Deon de Wet, said their main concern was the health of the community.

“The frequency emitted from the towers create a fall-out. That fall-out affects some people and does cause cancer and other related illnesses. More research needs to be done to prove that these cell towers have a negative impact on people’s health,” he said.

Resident Gavin Joe was concerned that their property values would drop if there were a number of cell masts in the area.

“Because of this cell mast someone in the road cannot sell their house. The first thing you see when you come over the hill in Fourth Road is the mast, which is an eyesore. The other concern is also the electromagnetic radiation emitted from the towers that could have a negative effect on us living so close to it,” he said.

Kay Wentzel hopes this ruling will set a precedent.

“There are other cell masts in the area including one at Heathfield station since 2015. We are saying no to these cell masts and hoping this will set a precedent and that no more of these towers will be put up anymore,” she said.

Telkom has until Wednesday October 16 to appeal to the Constitutional Court.

“Should Telkom choose to appeal the judgment, the matter will be subjected to another legal process,” said Mr Southgate.

Telkom representatives did not respond to our enquiries by the time this edition went to print but issued a statement which said they would review the judgment and consider their options.

It should not be necessary for communities and residents to be the watchdogs. Behind the scenes – the hard work from the community and activists, the amount of e mails that were ignored (or went round in circles). And what about the other illegal towers? Is it going to take the community yet again to instigate action or will the City ensure that they are removed immediately? 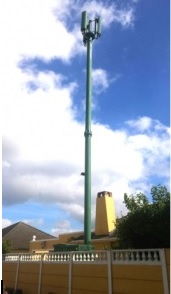 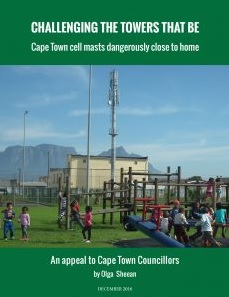 Telkom has until the 16th of October 2019  to decide whether they are going to appeal the ruling in the Constitutional Court.