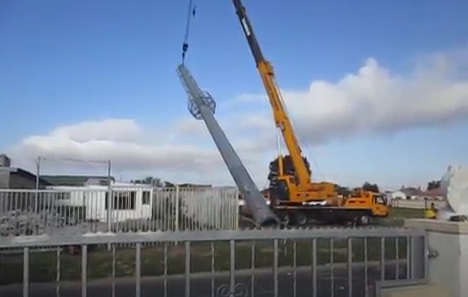 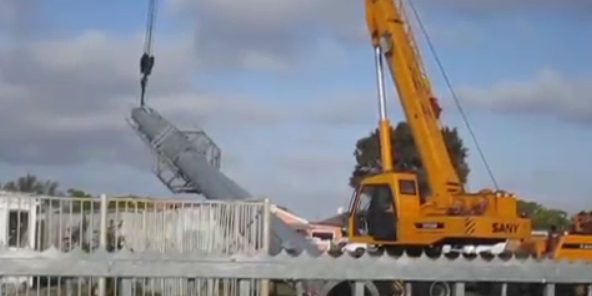 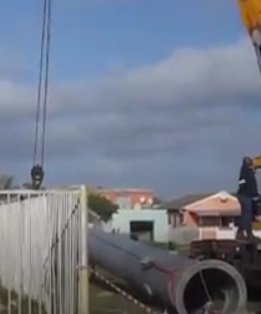 A community stood together after having their voices silenced.

The residents of Kleinvlei, under the leadership of Dr. Gavin Davis and Mrs L. October, refused to surrender their autonomy to the wireless industry, and can now claim victory after a hard won battle.

The tower at Erf 789, Kleinvlei, 20 Cabral Street Forest Heights has finally been removed. Right from the start the residents vehemently opposed the erection of the mast (located in the grounds of a church), but all to no avail.

The headline above “ Toring is Doring in Baie se Vlees” translated means “The Tower is a Thorn in the Flesh for Many”.

RE: Call for the immediate dismantlement of four cell towers which are endangering the health and wellbeing of children and therefore in contravention of the Rights of the Child, enshrined in the Bill of Rights of the South African Constitution, which provides special protection for children:

I write this letter as an angry resident and ratepayer of what has once been a peaceful, cohesive community which has been disrupted by the unscrupulous conduct of people who claim to hold our concerns close to the heart. I am specifically referring to the City of Cape Town, that by order of the Executive Mayor of Cape Town, Mrs Patricia De Lille, decided to approve a Cellular Mast in Forest Glade, Eerste River. This, despite objections and a signed petition from the residents of the area. …..

Dr Davis, after the removal of the tower: “it’s customary in the morning for me to check the weather, peering through the window right into the monstrosity of a tower some 30 metres high. Now, I just see the sky, unblemished.”

Dr Davis had to appear in court several times on false charges of harassment due to his public protests. The Magistrate rightly said that she couldn’t take that right away from him as long as there’s no verbal or physical abuse, and dismissed the charges. And of course Dr Davis continued with his protests.

In November 2016 trucks and cranes pulled up at the church and the mast was erected. When we enquired about our appeal we were told that our appeal has been dismissed and the erection of the cell mast was approved by the Mayor, Patricia De Lille. Not one of the residents was informed about this.

Why is it that only when it comes to elections we have a democratic right to vote but other than that our rights are ignored? ….

With two more masts proposed, this small community could soon be living with seven masts, within a radius of 200 metres.

The City of Cape Town appears to have an agenda and this does not include the will of the people who reside herein.

To quote from ‘Challenging The Towers That Be’, a document by Olga Sheean:

“The people shall govern – I’m sure I don’t need to remind you about the Freedom Charter, which was the statement of core principles of the South African Congress Alliance, consisting of the African National Congress (ANC) and its allies—the South African Indian Congress, the South African Congress of Democrats and the Coloured People’s Congress. It is characterized by its opening demand: The People Shall Govern. Many of the people of South Africa DIED for this right and many more FOUGHT for it. You are being asked—by independent advocates such as Denise Rowland, by those who are being harmed by cell mast radiation and by those yet to be so harmed—to RESPECT this crucial principle and to respect your people’s right to govern their own lives.”

Legal Accountability of a Guideline versus a Standard