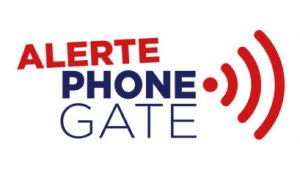 Re posted from PhoneGate Alert:

The Government of Canada has just banned the distribution of the mobile phone Alcatel U50 for having exceeded its radiation emission (SAR) regulatory thresholds. This was confirmed on the MobileSyrup website by a spokesperson for the government agency Innovation, Science and Economic Development (ISED) that controls the placing on the market of radio devices in Canada.

Following the withdrawal in France of nearly 100,000 Hapi 30 (MOBIWIRE) mobile phones in April 2018, commercialized by the operator Orange, and, at the end of May 2018, of the NEFFOSX1 TP902, imported by the company TP-Link, it is the first  reminder of compliance with regulations at the international level of a mobile phone sold by the three Canadian telephony operators, Bell, Telus and Freedom Mobile.

The Alcatel U50, not having been to our knowledge commercialized in France, is not included in the 31 mobile phones tested by the National Frequencies Agency (ANFR).  As a reminder, ANFR had requested the update of three phones including the Alcatel PIXI 4-6 ».

The regulations applicable in Canada, based on the standards of the Federal Communications Commission (FCC), established in 1998, are more protective than the European standards set by the recommendations of the International Commission on Non-Ionizing Radiation Protection (ICNIRP). The SAR « head » and « trunk » thresholds are 1.6 W/kg in the United States and 2 W/kg in Europe. Moreover, testing on 1 g of tissue instead of 10 g reduces the exposure level for the user by 2 to 3 times.

As Dr. Marc Arazi, President of PhoneGate Alert, announced in April 2018 to the journalist Jean-Jacques Bourdin on BMFTV, hundreds of millions of mobile phones will have to be withdrawn from the global market.  Dr. Arazi added, on the occasion of this first withdrawal in Canada: « We are delighted to see that the action we are taking at the international level with our partners (Environmental Health Trust) is bearing fruit across the Atlantic and that the safety and health of users is gradually becoming a priority for government authorities.”

French Agency ANFR: From July 1st 2020 SAR to be displayed on all RFR emitting equipment used in close proximity to the body