Emerging possibility for a meticulous, impartial review of the EMF science at the WHO

It seems the World Health Organization has taken a notice of the complaints and took some action.

The WHO EMF Project is preparing a very important document – the Environmental Health Criteria for the RF-EMF (EHC RF-EMF). This document will evaluate all scientific evidence concerning biological and health effects of RF-EMF emitted by all types of the wireless communication devices, including cell phones, cell towers and wi-fi routers…

The conclusions of the EHC RF-EMF will determine what will be the radiation safety limits that the telecom industry will need to abide by. This document will be of paramount importance for the future of the wireless communications, including the forthcoming 5th Generation Technology – the 5G.

The draft review was prepared by a group of scientists, in large part from ICNIRP, led by the Chairman of ICNIRP – Eric van Rongen. The draft review clearly represented the views and opinions of ICNIRP.

The next step was the selection of the Working Group, that was to prepare the EHC RF-EMF using the final draft review… and then something apparently happened and the WHO stepped in and completely changed the plans of the WHO EMF Project and of the ICNIRP.

What is still puzzling is why there is no group of experts, medical doctors, that would evaluate medical evidence.

As I wrote, there is an emerging possibility for a meticulous, impartial review of the EMF science at the WHO. It all will depend on how the experts will be selected. What criteria will be used. Who will be the persons deciding on the selection.

Let us hope, this emerging possibility will not be wasted and what is being done now at the WHO and at the WHO EMF Project is not only a smoke screen… 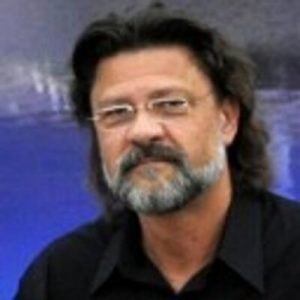