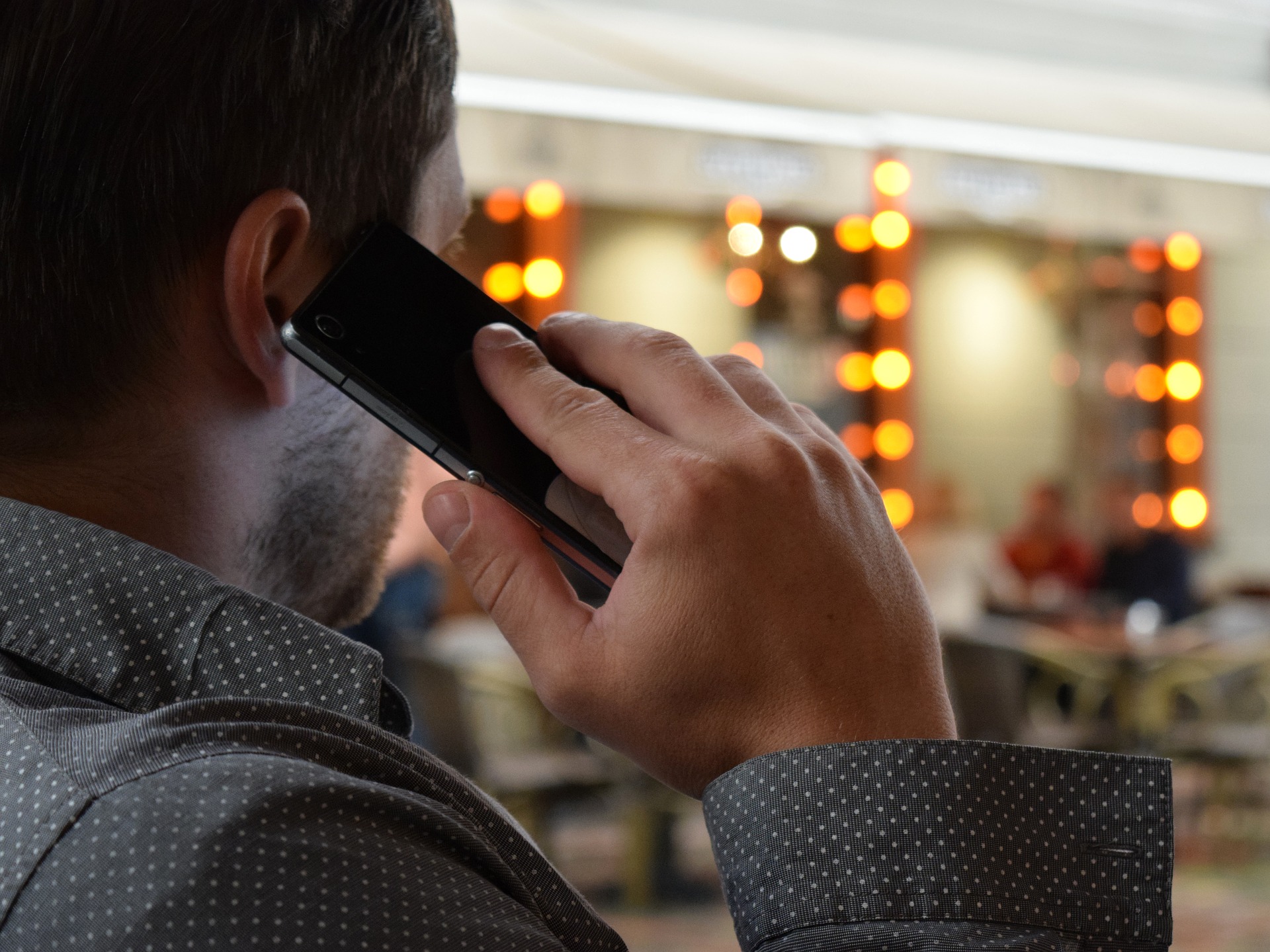 The National Toxicology Program has been conducting experiments in rats and mice on potential health hazards from cell phone radiofrequency radiation.The NTP released a report on some important study findings on May 27, 2016. The complete results from all the rat and mice studies will be available for peer review and public comment by early 2018. The NTP report had been expected by the end of this year.(2017)

The reason that we’re bringing these particular findings to the attention of the public today is the fact that they are in tumor sites, there’s tumor sites and types that have been identified in human studies.  In this study, we did keep our exposures down to the levels that did not cause significant heating in tissues and we have the potential for findings that would contribute to the discussion of whether the human brain tumors and acoustic neuromas which are a form of schwannoma, also called vestibular schwannoma. So if there is some relationship to the schwannomas that we see in the heart in our studies. If in, in fact, that these results could contribute to that discussion, we felt it was important to get that word out. When you consider the amount of time that people are spending on cell phones and the way that they’re using them, we couldn’t predict that these particular studies were going to be an adequate assessment of the potential use of cell phones now and in the future. So we wanted to make sure that the studies that we did, considering how expensive and time-consuming they were, examined possibilities for exposures that were beyond that that were examined in the European studies.

The whole body exposure limits that are set currently are quite a bit lower than were used in this study and that’s correct.But I did mention before and I do repeat, though, that we were interested in trying to understand the sensitivity of all tissues in the body to radiofrequency radiation and it made sense to us to go ahead and use whole body exposures that the animals could still thermoregulate;they were not too high for that, but that exposed all of the tissues to the limits that are currently used for exposures to the head when you use a cell phone next to your ear. So that was the reason for that.

most guideline studies for carcinogenicity for drugs or for industrial chemicals suggest that one have 15 animals per group and that’s the typical group size that we use in NTP studies, but we nearly double that for this particular study.

Hi, thanks. I noticed that the conclusions focused on hyperplastic lesions and glial cell neoplasms, are those cancerous or are they precancerous? Can you just give a little background on that in particular?
John Bucher:
Sure. So we’ve had a number of pathology groups evaluate those particular small lesions, the small hyperplastic lesions. They have come to the conclusion that they resemble in almost all respects except size, the neoplasms, the glial cell neoplasms and the schwannomas.
The pathology opinion is that they represent pre-neoplastic lesions, that have the potential to progress to neoplasia. So for our purposes, we would consider them part of a continuum of tumor formation.And I will say that we have – if you notice, you can go back into the appendices, there’s been extensive involvement of outside pathologists in reviewing these studies and including some pathologists with extensive experience in human brain tumors.

Just wanted to ask whether or not you observed a dose response, did the rates go up? Did the rates of tumors increase as the radiation exposure increased?
John Bucher: With respect to the tumors in the heart, the schwannomas, yes, there was dose response. There were less weaker indications of dose response in the brain tumors, but there were some statistical significance among the trends exhibited.So again the vestibular schwannoma is of interest to us because that’s the human schwannoma that is formed in the nerve that is most irradiated, most affected, most exposed during the use of a cell phone, that’s the acoustic nerve going from the ear to the brain. Our animals were exposed in whole body format so we felt that the increase in the schwannomas of the heart was of significance. It’s an analogous tumor type in an analogous cell type.

Lloyd Morgan:
You have found a significant risk for CDMA and the GSM modulation, are you going to repeat this study with UMTS and LTEmodulations?
We don’t have any plans to repeat these studies at this time with different modulations. One of the problems with the whole area is that the technologies advanced so rapidly and the time that it takes to do these studies makes it difficult to keep up.
Lloyd Morgan:
Well, the additional question would be before the fifth generation is released, is should that be tested prior to release for carcinogenicity in animals?
John Bucher:
Well, that’s not a decision for us to make. I will say, though, that if we can get a better handle on the mechanisms of potential carcinogenicity, that there might be ways to shortcut the time that it takes to make an evaluation of this type for the different technologies and that’s really the goal of moving toxicology to a much more onto the molecular level than a tissue pathology level.

John Bucher: with respect to the reviewers. I think that those reviewers who are very familiar with the way these kinds of studies have been done have been very complementary in their performance. They have indicated that we have applied the criteria that we typically use for evaluating these studies appropriately and they’ve had in general agreed with our findings.

Here are some key points about the cell phone study:

See more about the study at  https://ntp.niehs.nih.gov/results/areas/cellphones/index.html

The NTP is still studying the effects of 2G cellphone radiation which may soon be obsolete.

What about 3G, 4G, and 5G? Why must we rely on research from other nations to inform us about the health effects of this environmental toxin?

The Federal government should be held accountable for the lack of research in the U.S. on the health effects of wireless radiation since the 1990’s. http://www.saferemr.com/2016/05/national-toxicology-progam-finds-cell.html

The National Toxicology Program (NTP) will release the “complete results” of its $25 million project on cell phone cancer risks early next year, according to a statement  https://ntp.niehs.nih.gov/results/areas/cellphones/index.html  posted on its Web site yesterday.

“The complete results from all the rats and mice studies will be available for peer review and public comment by early 2018,” the NTP states. The animals were exposed to GSM or CDMA radiation for two years before they were sacrificed and evaluated for signs of cancer.

The NTP report had been expected by the end of this year.

The final report has been highly anticipated since the spring of last year when the NTP announced that cell phone radiation increased the incidence of tumors in the brain and heart of male rats. At the time, the NTP posted some partial results http://microwavenews.com/short-takes-archive/ntp-cancer-report from the rat experiments. No details of the mice studies have yet been made public. The early release followed a story on the findings in Microwave News. http://microwavenews.com/news-center/ntp-cancer-results

NTP’s announcement of a cell phone–cancer risk attracted worldwide attention. The NTP results led the American Cancer Society and Consumer Reports, two organizations that had long been skeptical about a cancer link, to change their positions and advise caution in the use of wireless phones. Even so, many in the media, notably reporters at the New York Times and the Washington Post, expressed skepticism and told their readers to disregard the results. “Don’t Believe the Hype” ran the headline in the Washington Post. (See our “News Media Nix NTP Cancer Study.”) http://microwavenews.com/news-center/ntp-and-brain-tumor-rates

One of the most commonly cited reasons to discount the NTP results has been that brain cancer rates have not been increasing in the general population. This may be true for all brain tumors combined, but it does not apply to the most virulent and deadly type, glioblastoma multiforme, better known as GBM. The incidence of GBM is rising in the U.S.,  http://microwavenews.com/news-center/ntp-and-brain-tumor-rates#risinginUS  as well as in other countries, including The Netherlands and the U.K.  http://microwavenews.com/short-takes-archive/changing-mix-uk-bts  (Senator John McCain was recently diagnosed as having a GBM.)    http://microwavenews.com/short-takes-archive/ntp-due-2018

Genotoxic and cytotoxic effects of mobile phone use on the oral epithelium: a systematic review with meta-analysis