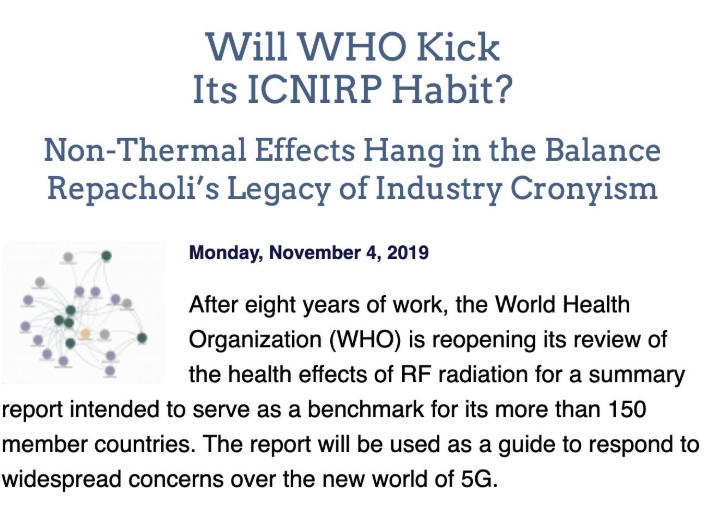 After eight years of work, the World Health Organization (WHO) is reopening its review of the health effects of RF radiation for a summary report intended to serve as a benchmark for its more than 150 member countries. The report will be used as a guide to respond to widespread concerns over the new world of 5G.

The WHO issued a public call in October for detailed literature reviews on ten types of RF–health impacts from cancer to fertility to electrohypersensitivity. Some see the move as a sign that the health agency is interested in opinions beyond those of its long-time partner, the International Commission on Non-Ionizing Radiation Protection (ICNIRP). They hope that the WHO is finally ready to recognize evidence of low-level effects, in particular the emerging link between cell phones and cancer. Others are far from convinced.

The skeptics see the new reviews as little more than a ruse. They fear that the WHO is only going through the motions and will in the end stick with ICNIRP’s long-held position that are no RF effects other than those caused by heating.