From the blog “Towards Better Health” by Meris Michaels  https://mieuxprevenir.blogspot.com/2019/08/tablets-pcs-and-mobile-phones-change.html?spref=fb&fbclid=IwAR2Bvfe30Ig1RRiadK54X8Ke7Q1M1krLHydDcBS7U9eruVyuFbGVSC38GSU 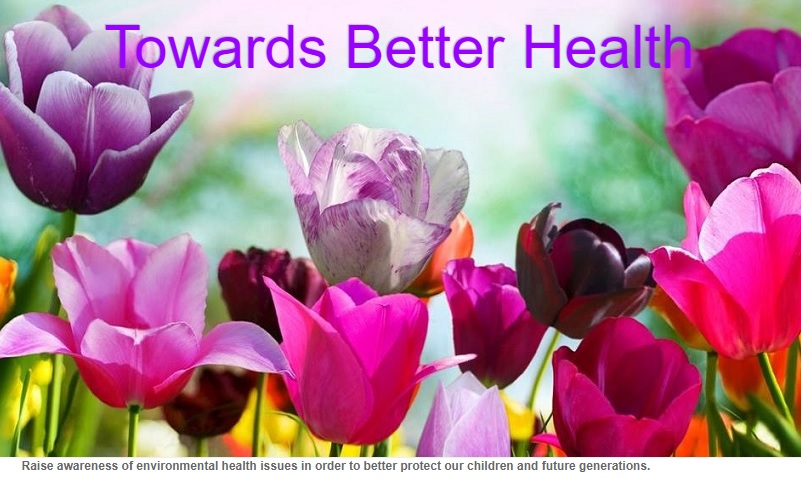 Paris: There is an archive, the largest in the world, maintained by an eminent (and controversial) French doctor considered a luminary but also viewed with some suspicion by the transalpine scientific community. In those files, facts and data on the damage caused by electromagnetic waves have been compiled.

He is Dominique Belpomme, 76, professor of oncology at the University Paris-Descartes, who took responsibility for a summary. Result: red code, serious danger, especially if we will be under the mantle of 5G. This is not a joke. Belpomme is famous for having published a very disturbing review on electrosensitivity three years ago and, thanks to him, France has recognized for the first time on a national basis a case of disability due to sensitivity to electromagnetic waves. The effects on the brain, which he considers not to be well understood by the public, can reduce the learning abilities of children and adolescents and even reduce their IQ. And if no action is taken, the consequences could be catastrophic.

80 per cent of children aged 3 to 6 can use tablets and mobile phones.

“A very serious problem, partly because their nervous system is developing, partly because physically, the circumference of the skull is smaller and therefore is penetrated more deeply than that of an adult. A phone call of just two minutes can alter the natural activity of a child’s brain up to an hour after the phone call because the waves penetrate deep into the brain. I’ve seen newborns crying continuously in the presence of Wi-Fi because the electromagnetic waves caused them severe headaches.”

Should precautions be taken even during pregnancy?

“For the sake of the unborn child, the mother should use the computer only when it is connected via cable and should use the mobile phone as little as possible, because the radiation is very toxic for the child. Pregnant women who use their mobile phone a lot increase by 54% the risk of hyperactivity and emotional difficulties appearing in the unborn child. But the biggest risk is that diabetes, thyroid disease, cancer and other cellular abnormalities may develop and occur later in adults.”

What are the main symptoms that occur in children who are overexposed?

“Insomnia, difficulty falling asleep, behavioral disorders such as irritability, attention deficit, especially at school. Unfortunately, these behaviors tend to be considered of psychological origin, but much more often than you think the cause is prolonged exposure to electromagnetic fields. Dyslexia and dysgraphia can also be a consequence of this overexposure.”

Are these effects irreversible?

“Yes, if you don’t run for cover when you get the first symptoms.  Instead of boasting about their children’s technological abilities, parents should be very careful about letting their children use mobile phones and tablets. A 14-year-old patient of mine, after sleeping for four or five years with his cell phone on his pillow near his ear, was affected by symptoms that were the same as those of Alzheimer’s: he had lost his sense of direction and in order to move, had to hold his mother’s hand, behaviors that are not normal at that age and that were certainly caused by the presence of the cell phone near the head during sleep“.

Are there any warning symptoms for adults?

“At first, you may feel warmth in your ear when using your mobile phone for too long. There may also be a tingling sensation in the hand which is holding the phone or in the most commonly used hand on the computer keyboard. If no action is taken when these first signs appear, much more serious symptoms such as tinnitus, tingling all over the body and dizziness, sometimes accompanied by loss of balance, will appear very quickly, symptoms that announce the arrival of a serious disease and to which can be added in a short time cognitive disorders such as memory loss, attention problems, loss of remembering.”

Do your studies confirm that the increase in chemical intolerances is related to electrosensitivity?

Are the opinions of the international scientific literature sometimes conflicting?

“I believe this is due to the interference of lobbies which do not allow us to tell the truth about the damage caused by wireless technology. Six thousand scientific articles have been published worldwide demonstrating the toxicity of electromagnetic radiation. There is irrefutable evidence of the effects of electromagnetic radiation on the human body, plants and animals, as demonstrated by studies around the world. In Russia, scholars in this field have already shown many years ago that during the Second World War the prolonged use of radio devices in the Steppe caused memory loss, attention deficits and lack of concentration in the military. The discovery of the toxicity of electromagnetic radiation is therefore not new. The novelty is that the increase in wireless electronic devices is subjecting us more and more to the frequencies of electromagnetic waves, a volume that our body has never experienced in the past, so it cannot adapt to them so quickly.”

Is there a cure?

Are there any other precautions to take?

“For example, limit cordless and mobile phone use to 20 minutes per day with calls not exceeding 6 minutes each. When you are at home or at the office and need to use your computer (no more than seven hours a day), it is advisable to choose a cable connection. It is also essential to ensure that your home has a grounding system, turn off electrical appliances when not in use, including wireless ones, eliminate energy-saving bulbs, because they can cause dangerous electromagnetic radiation, replacing them with incandescent bulbs or LED filaments. Never charge your phone on the bedside table at night and remember to switch off the modem. Ah, and contrary to what is believed, you should try to use headphones as little as possible: they act as an antenna and worsen the situation, especially the Bluetooth ones“.

Comparison of effects of 2.4 GHz Wi-Fi and mobile phone exposure on human placenta and cord blood