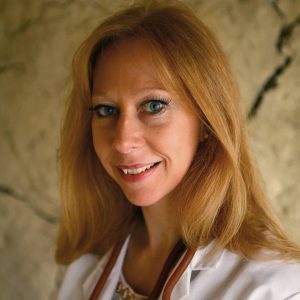 By Dr Erica Mallery Blythe.
We are currently witnessing the largest change to the Earth’s electromagnetic environment that has ever taken place in human history. Given that basic household electricity, which was the first anthropogenic (man-made) electromagnetic field (EMF), only became prolific during the twentieth century, artificial EMF has barely seen one generation from cradle to grave. The use of higher frequency microwave devices such as mobile telephony, Wi-Fi and smart meters, have suddenly become commonplace, despite serious health concerns. Could this be the greatest public health disaster in human history?

Common devices that emit RF radiation include (but not exclusively) DECT phones , Wi-Fi routers, wireless computers, E-readers and VDUs, Bluetooth, security systems, fluorescent lighting, Smart meters, RFID tags and systems and a range of novel gadgets including wearables that appear in shops on a daily basis .

The International Commission on Non-Ionizing Radiation Protection (ICNIRP) guidelines devised in 1998 are currently used in the UK as a ‘safe limit’ for exposure, even thought they were not designed for this purpose. They protect against thermally induced (tissue heating) damage but not the ‘non-thermal’ effects which occur at much lower intensities. Many thousands of papers now demonstrate serious biological effects at non-thermal levels, orders of magnitude below current ICNIRP guidelines, but despite this, appropriate ‘biologically based’ protective safety limits have not been provided in the UK. In addition to neglecting non-thermal effects, these guidelines also fail to take into account cumulative effects, modulation effects, interference effects, reflection/conduction effects, frequency and intensity windows, chemical synergy and other important characteristics now known to enhance biological disruption See link for more: http://www.camexpo.co.uk/electromagnetic-radiation-modern-health-hazard/

Protection of Workers Exposed to Radiofrequency Electromagnetic Fields: A Perspective on Open Questions in the Context of the New ICNIRP 2020 Guidelines