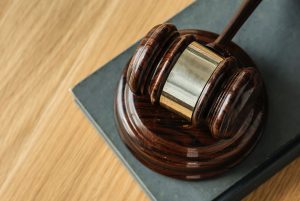 Photo by rawpixel on Unsplash

The increasingly wide spread use of WiFi across business and government (especially in schools) is a move that goes against the rapidly mounting body of credible scientific evidence which makes increasingly clear that exposure to even low levels of WiFi on an ongoing basis has a wide range of serious adverse health effects.

Photo by Alex Kotliarskyi on Unsplash

Employers and educational facilities should heed the warning signs:

– EHS is recognised as a work accident (the first recognized case in Aragon) and the third in Spain.

The Superior Court of Justice of Aragon, Spain recognizes Electrohypersensitivity as the result of a work accident.

– From France:
For Sophie Pelletier, president of PRIARTEM, it is a double first : “This is the first time that the administrative jurisdiction – on which  civil servants depend – ruled favourably on this topic.. And the icing on the cake, this is the first time in France that a court decision recognizes intolerance to electromagnetic waves as a disease attributable to work.”

– The Court of Florence has ordered the immediate shutdown of Wi-Fi in a school to protect the health of a minor until the next hearing in March.

We advise employers and educational facilities to avail themselves of the resources at their disposal.

Technology can be used in a safer way. An independent EMF survey is essential to determine the amount of non – ionizing radiation that employees, children and students are exposed to on a daily basis.

It might be a wise decision to take proactive steps in order to avoid costly legal expenses in the future.

It is worthwhile to note that ICNIRP has stated that it recognises that a certain subset of the population is more sensitive to non-ionizing radiation.  (ICNIRP 2002: General Approach to Protection Against Non – Ionizing Radiation Published in Health Physics April 2002 Volume 82, Number 4 P 546) 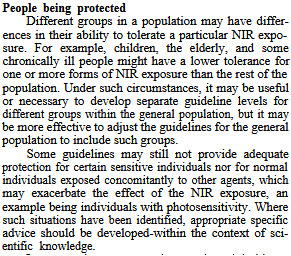 Belgian law blocks use of fitness apps by insurers

Is falling off a cell tower structure the only health risk?