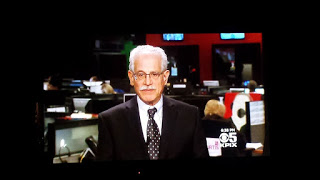 A photo of today’s front page from the San Francisco Chronicle appears below along with links to news coverage of this breaking story.

March 2, 2017 (Updated 10:10 PM) This page will be updated periodically with further developments and links to media coverage. http://www.saferemr.com/2017/03/cell-phone-safety-guidance-from.html

Last May we sued the California Department of Public Health for a cell phone safety guidance document under the California Public Records Act. The document was originally prepared in 2010 and has been updated several times but never released to the public.

This “fact sheet” summarizes research on cell phone radiation health risks and provides safety tips on how to reduce cell phone radiation exposure. The document highlights a potentially greater risk to “pregnant women, children, and teens.” The safety recommendations are similar to those issued by the Connecticut Department of Public Health in May, 2015. CT – DPH guidance – cell_phones__health_may_2015_final

We are grateful to see CDPH’s cell phone guidance document after a long battle for it.

Apparently, CDPH does not intend to appeal the merits of the court’s ruling that the document must be disclosed. However, the manner of release is troubling. CDPH has not waited for the court to finalize its ruling and determine whether CDPH may indicate that the document does not (as it argued at the hearing) represent its current, official position. Rather, the agency has “jumped the gun” and stamped new lettering in huge dark letters across the face of the document so as to make it virtually illegible. Further, that lettering states that the document is “draft and not for public release” when the judge’s tentative ruling stated exactly the opposite — that the document was not a draft, and must be publicly released.

CDPH has essentially created a new document rather than produced the document as-is, in violation of the Public Records Act. To the extent that CDPH wanted merely to indicate that the document does not represent its official position in early 2017, the fact that the document is dated “April 2014” should make that plain.

An account of our attempts to obtain the document and the lawsuit filed by the UC Berkeley Environmental Law Clinic and the First Amendment Project on my behalf appears below. The judge’s tentative ruling on our lawsuit is available (see link below).

Why has the California Department of Public Health
suppressed a cell phone radiation warning document since 2010?

Cell Phone Safety Guidance from the California Public Health Department
Note: Due to requests from journalists and advocates, I have published a preliminary account of a lawsuit filed by the UC Berkeley Environmental Law Clinic and the First Amendment Project on my behalf.

We sued the California Department of Public Health for a cell phone safety guidance document under the California Public Records Act. The document was originally prepared in 2010 and has been updated several times but never released to the public.

The judge’s tentative ruling on our lawsuit is available (see link below). A chronology of the case and links to media coverage appear below.

This page will be updated periodically with further developments.

Why has the California Department of Public Health
suppressed a cell phone radiation warning document since 2010?

In 2010, the California Department of Public Health (CDPH) prepared a cell phone use guidance document that summarized the science regarding the health risks from cell phone radiation and provided precautionary recommendations for limiting personal exposure.

Why has this document never been released to the public?

I learned about the existence of the document in late 2013. In January, 2014, I submitted a formal request for the document to the CDPH under the California Public Records Act (CPRA).

Dr. Richard Kreutzer, the Division Chief for Environmental and Occupational Disease Control in CDPH, contacted me three days later. He informed me that the document was recently revised and was under review by the State. He asked me to withdraw my request since the final approved version should be available within three weeks. When I asked how long the document had been under review, he responded that the review was “freshly re-started this year,” and that the current draft is similar to a previous version “that stalled three years ago” while under review by the State. I opted not to withdraw my request.

In April, 2014, I spoke to the Deputy Director for Legislative and Governmental Affairs at CDPH. She informed me that the document was under review by a “state agency outside” of CDPH. She implied that the document had cleared CDPH’s approval process and promised to provide me with periodic updates regarding its status.

In September, 2014, based upon my information an investigative reporter from the New York Times requested the document, but his request was also denied.

My final CPRA request was submitted in January, 2015. CDPH denied this request and provided a new rationale: “In light of the updated guidance issued by the CDC [federal Centers for Disease Prevention and Control] in June of 2014, CDPH has chosen not to issue a guidance document on radio frequency EMF and cell phones.”

After my final rejection, I interviewed several CDPH health professionals who were familiar with the cell phone use guidance document. All thought the document should have been published by the Department. None could explain why the State suppressed the document or why the Department would not release it to me.

Based upon this information, I decided to sue the CDPH for the cell phone use guidance document. The environmental law clinic at the University of California, Berkeley Law School and the First Amendment Project are representing me pro bono. In May, 2016, we filed a lawsuit in the Superior Court of the County of Sacramento.

The case was assigned to Judge Shellyanne Chang. A hearing was held on February 24, 2017. Prior to the hearing, the judge issued a seven-page tentative ruling in which she over-ruled eight of the nine objections submitted by the Attorney General on behalf of the CDPH. The tentative ruling granted our petition and directed CDPH to release the Cellular Phone Use Guidance documentation.

The court documents are available online (case number: 2016 80002358) at https://services.saccourt.ca.gov/PublicCaseAccess/Civil/SearchByCaseNumber

We are currently waiting for the judge’s final ruling on the case. If the CDPH releases the cell phone safety guidance document, we will post a link to it here.